While many Baby Boomers are getting up there in years, a good number of us are still, fortunately, working. We say fortunately because the mere fact means that some folks, at least those who are active in the workforce, may still have the ability to generate a little additional income when necessary. While having to work in one’s golden years seems to be less of a blessing and more of a curse, the latest news about healthcare insurance premiums may prompt some seniors and younger Boomers to reconsider chucking their day job and maybe delay that long hoped-for segue into retirement.

What we’re getting at here is reflected in recent news articles that indicate many health insurance companies plan to raise customer premiums by a significant amount this year; significant as in upward of 20 percent or more in some cases. According to reports, the increases may be seen all across the United States as insurers seek to raise premium rates for many of their current policyholders. If the so-called fiscal cliff sent chills up the spines of most people, not to mention small business owners, these anticipated insurance hikes could be even worse. 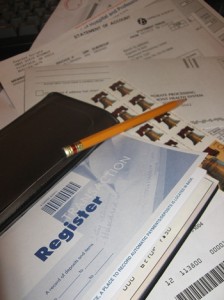 Rising health insurance premiums may cause seniors and Boomers alike to juggle their finances even more.

Of those who would be the most greatly affected by any rate increases, financial experts suggest that small business owners and those individuals who do not have an employer-provided insurance plan may be the most vulnerable. Considering that rate hike percentages in some areas of the country will be in the double-digits, this is nothing to sneeze at, especially if that sneeze leads to a doctor visit in the near future.

Examples of the coming onslaught of higher health insurance premiums include consumers in the state of California, namely those who are insured with Aetna, Blue Shield of California, or Anthem Blue Cross, the latter of which is seeking a whopping 26 percent rate hike for certain of its policyholders. For many people who pay for their own insurance the threatened increases could equate to several hundred dollars extra a month. 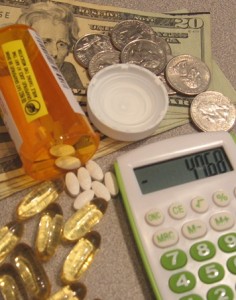 Individuals who buy their own health insurance will likely see the biggest premuim hikes, depending on where they live.

Even those Baby Boomers who have company-provided health plans will likely still see a decrease in their take-home pay; although employers are expected to absorb a fair amount of any increase, many workers could find their premiums rising by about four percent. So, never mind that “awful” two-percent increase in social security taxes now that the payroll tax holiday is over and done with, the expected increase in health insurance premiums could treble that amount, depending on what insurance carrier your employer uses.

Of course, under federal health care law, regulators are required to review requests from insurance companies for rate increases greater than or equal to 10 percent. For anyone interested in seeing what the future may hold, you can visit healthcare.gov for a list of requests, as well as regulators’ evaluations of same.

Apparently, there is a distinct difference in the proposed rate increases on a state-by-state basis. For example, according to news reports, consumers in states such as New York, which is one of nearly three dozen where state legislators have handed insurance regulators a modicum of authority to either deny or dial down any increases that are considered excessive, may see fewer and less extreme rate adjustment requests than those who live in states that have not given regulators better control, such as California.

In New York State, for instance, regulators have acted to keep rate increases for the 2013 calendar year in the under-10-percent range for individual policyholders as well as small-business customers. This is in stark contrast to the situation in California where regulators can only review rate requests for technical errors, but have no power to deny increases from insurers in any meaningful way.

The sad part of all of this would appear to be that despite the reported evidence that the rate of healthcare costs in general have tapered off in recent years; affected by the continued weak economic environment, individuals and families have put off medical treatment, elective surgeries and the like, which has affected medical costs overall causing annual increases only in the single digits.

Yet, the reported double-digit rate requests in some areas are coming in spite of the fact that PricewaterhouseCoopers, well-respected consultants serving business and industry, have estimated that healthcare costs may increase less than eight percent in the coming year. With an anticipated increase in healthcare costs of about 7.5 percent, it’s hard to reconcile the 20- to 26-percent jumps that some Boomers and other seniors on fixed incomes may experience soon.

Of course, the health insurance industry has responded to many critics’ comments saying that medical expenses for some policyholders are increasing at a faster rate than the general population as a whole and implying, essentially, that some individuals are in a “sicker” group than the rest of the country.

This would seem to be a problem for people buying their own insurance in states like California. Contrast the expected double-digit increases on the West Coast with the situation in New York. Regulators in the Empire State reportedly denied health insurers’ average rate increase request of about 9.5 percent for individual policies, granting only a 4.5-percent increase on average, according to news articles. For those in the small group market, New York regulators asked for 15.8 percent yet regulators allowed only 9.6 percent, on average.

Nationwide, there have still been large jumps in rates for individuals, though not every request has resulted in exactly what the insurer asked for. Based on reports citing a federal analysis of the insurance industry’s rate requests, more than one-third of the requests increases of 10-percent or greater were deemed reasonable by regulators. Of the remaining two-thirds, insurance companies withdrew 12 percent of the request submissions, they modified 26 percent and another 26 percent were determined to be unreasonable.

Not surprisingly, at least from the cynics’ point of view, consumer advocates have already chimed in, stating that those areas where regulators have no real power to deny insurance rate requests, the insurance companies have reportedly taken advantage of the situation and charged what the local regulators believe were unreasonable rate increases.

As we’ve already said, Baby Boomers who are still working may be in better shape than those who have already retired and are facing a possibly huge increase in their monthly outlay for health insurance coverage. But even so, with the return to a full-strength payroll tax, plus the potential of a premium increase, it would appear then even working Boomers won’t be able to rely on even a modest cost of living allowance to help keep their income in balance with the rest of the economy. Again, we have to ask ourselves, how often can something like this occur before things get even worse for fixed-income seniors and soon-to-be retired Baby Boomers?