Addiction, as many Baby Boomers and seasoned citizens have learned, comes in all shapes and sizes. While alcohol and drug dependencies are usually at the top of the list of debilitating and potentially life-threatening problems, other habits and obsessions can take their toll on the unsuspecting.

Fortunately, seniors and older Baby Boomers have generally beaten the odds and made it to their golden years with only a few bumps and bruises. But believing one can beat the odds may actually prove to be the downfall of some people as the years pile on.

What we’re talking about spells trouble… with a capital “T” and that rhymes with “G” and that stands for gambling. While we make light of this here, there is no humor in the way in which some aging Boomers and senior citizens can find themselves caught in the downward spiral of a serious gambling addiction. Perhaps you’ve seen the public service messages on TV promoting help for gamblers of all stripes, but it’s those individuals living on fixed incomes with little or no free cash available to feed a gambling addiction who can be truly hit the hardest. 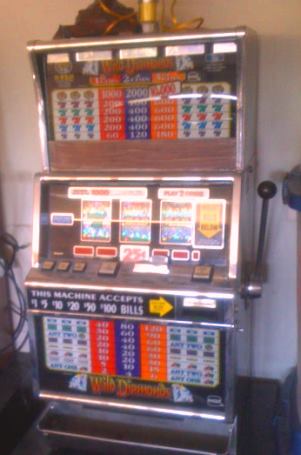 The innocent-looking and highly popular slot machine is responsible for nearly 70 percent of all casino income in the U.S.

As a teen, I remember my last few summers visiting my 60-something grandparents in the New York area. For years, one of their favorite summertime destinations was Atlantic City, New Jersey. When I was younger, it was just the seaside and boardwalk that drew in the crowds; but then came the casinos and the slow decay of the local community. By the time I was 15 or 16, my grandparents were making monthly trips to Atlantic City for free meals and lots of one-armed bandit action.

Now the good news was that my grandfather was not an over-the-top gambler, plus my grandmother disliked his gambling; she would follow my grandfather into the casino and then would barely touch a machine. In fact, her strategy was mostly to dip into my grandfather’s bucket of quarters every so often and pull a few dollars’ worth out. By the end of the day, even though my grandfather may have lost 50 bucks or so, my grandmother’s version of dollar-cost averaging would have them at just about even. Throw in that free food and going to the casinos on the boardwalk was hardly a costly outing.

But my grandparents’ experience was nothing compared to that of some people who have little or no self-control when it comes to the seemingly endless pursuit of that elusive big payout. Regrettably, hitting an occasional large jackpot may only reinforce the urge to win even bigger and bigger returns, without the realization of the losses that must usually be endured and that typically offset any large winnings down the road. 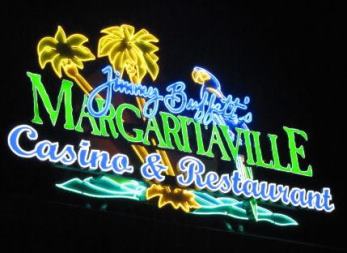 As mutual fund returns and CD yields aren’t what they used to be, ever more convenient gambling and betting facilities can seduce seniors with the promise of instant earnings.

According to news articles, seniors and older Boomers have been facing unique gambling risks as a burgeoning gambling industry in many places across the country afford more and more betting opportunities.

The bottom line for retirees and other individuals living on a fixed income: with more readily available sources of gambling out there, the temptation to take risks with their limited funds threatens not only the financial well-being of older people, but also can harm their health and happiness.

Tragic stories of gambling mania within the senior community crop up from time to time, but are likely only the tip of the iceberg as many personal experiences with gambling addiction go unnoticed by the general public and the press. One such well-publicized account involved the former mayor of San Diego, California, Maureen O’Connor, who reportedly placed more than $1 billion in bets over several decades, effectively gambling away her deceased spouse’s multi-million dollar fortune as well as stealing a couple million dollars from the nonprofit foundation her husband had founded.

Now 66 years old, O’Connor was known for her love of video poker and told CBS News that she might lose upward of $100,000 in a single day. Once her family fortune was depleted, reports indicate that O’Connor began to sell off real estate holdings to sustain her addiction. The raiding of her late husband’s nonprofit represented her final effort to get her hands on more money with which to gamble. She has reportedly blamed at least some of her apparent gambling addiction on a brain tumor.

But O’Connor’s story is just one high-profile case of disastrous gambling addiction. Other stories of retirees and older Boomers caught in a web of wagering addiction, many untold, paint a grim picture of the state of our nation’s most vulnerable seniors. An article detailing the fate of a retired school teacher who took $300,000 in painstakingly-earned retirement savings and lost it over the course of several years, showed a woman that spend five years pursuing the rush of several initial “big wins” that never came again. 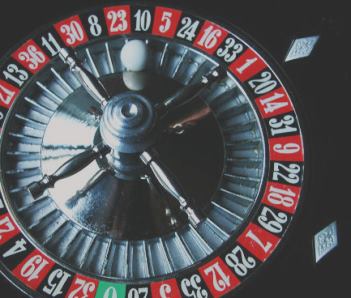 Despite very poor odds, many people believe that the next big jackpot is just around the corner. Bank accounts can be quickly drained over such pie-in-the-sky thinking.

According to news reports, the effect of gambling on older adults is not yet clearly understood. Studies have suggested, however, that pathological gambling affects just one to two percent of the total population. Compare that to alcoholism, which affects about 0.24 percent of seniors according to the National Institute on Alcohol Abuse and Alcoholism, and gambling appears to pose an increased threat over that of alcoholism by a factor of easily two- to four-times.

Unfortunately, in an effort to increase tax income, states and municipalities have loosened their restrictions on legal gambling businesses, which has led to what many experts describe as an explosion of gambling and betting opportunities. The threat to older Baby Boomers and senior citizens is that losses from gambling can seriously impact the financial condition of many households that exist solely on a fixed income.

There’s no arguing that compared to sitting in a nursing home, being out and about at a casino can be more stimulating, but to what end?

For many decades, as my grandparents so aptly demonstrated during their monthly trips to Atlantic City, gambling has been a very popular pastime with older people.

For my grandfather and grandmother, day trips from Long Island to the New Jersey shore were organized by the casinos, sweetened with meal vouchers and $20 in gambling seed money. These days, outings to local casinos can be found listed as recreational activities on the weekly schedule of events at many assisted living facilities, old-age homes and senior centers.

There is no doubt that as purely a physical and mental activity, a visit to a nearby casino might provide a stimulating diversion for many seniors; but it’s the gambling component that worries some experts. A study by a researcher at the University of Pennsylvania showed that almost three-quarters of senior citizens who were asked stated that they had gambled in the previous 12 months; about ten percent of those interviewed believed that they had gambled and lost more than they could have comfortably afforded to lose. 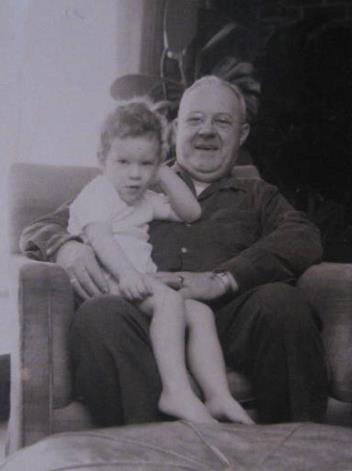 “Hey Pop, how about taking me to the casino when I’m old enough???”

Sadly, my grandfather is no longer around for me to ask what made gambling so appealing to him, but as a fellow human being I can certainly guess. Having won some and lost some at a few casinos in my earlier years, I understand that the promise of easy money can be a strong draw for many people. I count myself among those who can reason well enough to know that the potential winnings rarely exceed the money one can actually lose in the process.

The problem of pathological gambling addiction is a tough nut to crack. Individuals so afflicted can fairly easily disguise the compulsion for years, which unfortunately is usually sufficient time for the average person to exhaust his or her savings. Only after the money is gone do their relatives and friends begin to realize the scope of the problem, and by then the damage has been done.

If you believe that a loved one may have a gambling problem, there are avenues available that may provide some help. Gamblers Anonymous is one such option. This organization helps addicted gamblers to recognize their problem and hopefully overcome it in time. Similar in approach to the well-known Alcoholics Anonymous, Gamblers Anonymous holds meetings in most areas around the United States. And just like Al-Anon, Gam-Anon is a support group for those trying to help a friend or family member who is suffering from a gambling addiction.