For many, the next bit of news should not come as any great revelation, especially when considering the financial and housing meltdown of recent memory. But here’s the shocking bottom-line assessment: Baby Boomers’ nest eggs are sorely lacking these days.

It’s safe to say that only a very few would have been completely blind-sided by this stunning discovery. And for those who may have passed out from the information, hopefully there are some smelling salts in your medicine chest….

So what of this latest development? Well, economists and other financial experts estimate that the average Boomer — that is, anyone born between 1946 and 1964 — is about $500K short on his or her retirement savings goal. In a nutshell, the outlook for many Baby Boomers and younger seniors seems quite dim when it comes to kicking back and enjoying their golden years. But perhaps you already knew that.

For a large number of people, staying in the workforce longer, but likely working just as hard as they did in their younger days, seems to be the standard course of action for those looking not only to shore up an ailing savings account, but also interested in plain old survival. But according to the experts, savings is not the only the issue; there’s debt out there, and apparently lots of it. 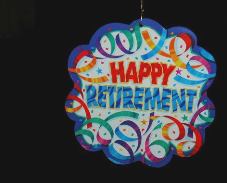 Really? It seems that promises of a comfortable and happy retirement for some have been replaced by doubt and misgivings.

That half-million-dollar figure — the average shortfall for the typical Baby Boomer — is based on a survey conducted by TD Ameritrade. It suggests that the Boomer generation has failed to maintain or build up its collective retirement fund over the years, and now push has come to shove. Of course, the near economic collapse of most of the civilized world may have played a large part of in the equation as well.

While the word on the street is that most seniors are just one medical calamity away from bankruptcy, knowing that a potential life crisis will result in one’s own personal economic meltdown is not making things any easier to deal with. As aging Boomers struggle to make up the difference in their retirement accounts, it only becomes more difficult to work for the money, as physical abilities and stamina begin to wane. In short, the deficit is not just financial; it can be physical and mental as well.

And waiting for those scant savings to grow is no solution, either. With expectations of savings growth sometimes rooted in a 1990s model, many Boomers assumed that seven-percent returns would continue ad infinitum. Under that old model, one could double his money every 10 years or so. Even with a five-percent interest rate, an investment of $20,000 would hit $100,000 before the quarter-century mark. But with current rates of return at less than one percent annually, it would take almost 100 years to see a doubling in one’s savings. Of course, at that point inflation would likely have eaten up most of the accumulated buying power.

One of the biggest hurdles for many Baby Boomers is fighting a growing mound of debt, say some experts. Based on a study out of the National Center For Policy Analysis, Baby Boomer spending habits have changed over the past couple decades, reflecting the desperate circumstances coming at them from all sides. For many Boomers, according to researchers, spending increased markedly in the area of education. Over the 20 years prior to 2010, education-related expenditures increased about 80 percent for those individuals aged 45 to 54 years old. This was much higher than for the next older age group (those between 55 and 64), who spent around 22 percent more when compared to 1990 levels.

What is interesting to note, is that in a time of decreasing incomes and meager returns on savings, the increase in the cost of healthcare (spending on which jumped 20 to 30 percent depending on the particular age group), as well as higher education, has outstripped that of personal income over the past 20 years. Experts suggest that a large part of Boomers’ growing retirement problems stems from the fact that many people have borrowed to pay for escalating healthcare and educational expenses. This seems to have been confirmed by data from the Employee Benefit Research Institute (EBRI), which indicates that overall debt for those retirees 75+ has been on the rise; fueled, some suggest, by increasing healthcare costs.

On a more basic level (though how much more basic can the need for healthcare be?), just consider that many older Americans have cut back extensively in the area of shopping and eating out. Research has shown that outlays for food and groceries — including dining-out expenses — dropped almost 20 percent on average for those aged 45 to 64. Clothing (down more than 50 percent) and home furnishing expenditures (down by at least 25 percent) were off as well for this expanded 45-to-64 age group.

Sadly, thanks to a near-perfect storm of world economic crisis and crashing home values, many Boomers are having to do what they swore to avoid: rely on Social Security benefits almost entirely for their income in retirement. Even with the average monthly Social Security check amounting to just $1,230, a remarkable 74 percent of those polled told researchers at TD Ameritrade that they likely will be hanging a great deal of their financial future on those Social Security payments.

Of course, it’s difficult to tell just how badly Boomers and other seniors will need that Social Security check going forward, since so many people are simply delaying their retirement plans in favor of continuing to work way past 65. According to the latest U.S. Census data, the percentage of those individuals 65+ who choose to stay in the workforce has risen over the past 20 years by about one third — from 12 percent in 1990 to 16 percent in 2010.

The pursuit of a longer life has fascinated people for centuries, but as we are already experiencing, the relatively rapid strides in medicine and overall improvement in personal health over the past several decades may not be as welcome a development as many have imagined in the past; instead, a longer-lived population may be outstripping society’s ability to plan for and maintain a relatively stable economic future for everyone. Certainly, the idea of retiring at age 65 — once considered a significant milepost toward the end of what was once considered a long life — is fast becoming as old-fashioned a notion as rotary-dial telephones and tube-type TVs.

Something that will likely stick with us into the future is the debt problems experienced by older Americans. According to the National Foundation for Credit Counseling (NFCC), an organization that assists individuals who are in serious financial problems with their bills, out of that group’s three million clients from all around the U.S., more than 30 percent were at least 55 years old in 2012, and that figure was up almost 30 percent from two years prior; furthermore, about 15 percent of NFCC clients were already past the 65-year-old mark. 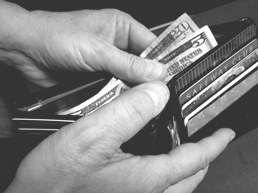 With many seniors and Baby Boomers heading into retirement and still carrying what could be termed an unhealthy amount of debt — mortgages, credit card balances, and outstanding student loans, for example — it’s a fair bet that there will be more changes in the retirement landscape before long. A survey by the AARP showed that average credit card debt among those over 50 was a heady $8,248, and worse, close to half of those polled said that they had been contacted by debt collectors regarding payments in arrears.

Add to all this information the fact that most workers, according to the EBRI, currently have virtually no savings or investments of any kind, and that more than one-third fully believe that they will not be retiring until after 65 years of age. And while this may be the future, turning the current retiree debt trend around could take decades. Since there don’t seem to be any simple answers, we may indeed see more and more older people working well into their 60s and 70s. It could easily become the new normal… and sooner than anyone might think.