As Baby Boomers, many of us are all too aware of the limitations that age and waning physical ability can present to those of advancing years. Being in our 50s and 60s, my wife and I have seen retired friends and older family members struggle with the realities of diminished motor skills and coordination, not to mention cognitive function. Those common skills once taken for granted in youth and middle age can slowly become degraded over time once we get up there in years. And as important as performing actual activities may be, the falling off of physical ability comes, many times, with a loss of independence and, sometimes, even a person’s feeling of self-worth.

For most Americans, both old and young, a great deal of value is placed on the freedom of movement provided by that indispensable and ever-present appliance: the automobile. Over the past century, personal transportation has become a ubiquitous part of our lives, yet we often forget how tenuous our use of these time-saving machines truly can be. Apart from those who live in metropolitan areas blessed with an extensive and well-maintained public transportation infrastructure, it’s a fair bet that a driver’s license and good working car are indispensable components of a free and unfettered lifestyle. 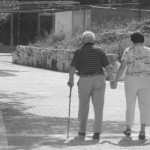 Driving oneself into old age has been an elusive luxury to many in past generations. This may change drastically for Boomers and future generations of senior citizens.

For those without the means to own, or the ability or training to drive a motor vehicle, getting from point A to Point B — or anywhere in between — can certainly be a major challenge; and while some elderly drivers can still be found on the road well into their 80s, many others can find themselves unable or legally prevented from operating their own automobile. In fact, many Baby Boomers may already have found that their own parents or other family members are no longer able to drive themselves. In such cases, except for those who can walk or ride public transportation, one of the only solutions is to hitch a ride with relatives or younger friends.

No doubt, seeing one’s parents being slowly nudged out of the driver’s seat has made many Boomers think about their own future from the standpoint of personal mobility. The idea of being forced into the role of passenger can make even the most independent senior citizen reconsider his or her ability to navigate life in the not-so-distant future. Forget, for a moment, about the actual imposition on the time and energy of others; but just knowing that one must rely on another’s help for visits to the doctor’s office, shopping trips and other necessary outings can weigh heavily on some people’s minds.

As part of the huge Boomer population — and living as we do in an area where automobiles are not just a convenience but a necessity of daily life — we fully understand how most Americans have grown up with a very strong affinity for driving themselves to and fro. The mere thought of losing our individual mobility, even for short time, can cause great concern among those aging Boomers and soon-to-be senior citizens. But, there may be a light at the end of that tunnel, if what we’ve read actually comes to pass. 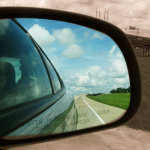 For aging seniors, looking back longingly to the days when they had more automotive freedom may itself become a thing of the past.

The fear of being relegated to the passenger seat — driven by and beholden to friends and family for even the most basic of daily tasks — could be relieved to a great extent if progress in the development of automated, driver-less automobiles remains on pace, as has been suggested, for the next decade or so. Amazingly, the potential for mass-produced autonomous autos could effectively extend the mobility period for aging Baby Boomers well beyond what we have seen to date.

Imagine a future in which one walks out to his or her own vehicle, steps into the driver’s seat and rather than placing the vehicle in gear and steering into the street, one simply tells the car where to go. Already, we have seen major advances in driver-assisted functions such as self-parking and stability control, but could fully-automatic operation really be on the horizon for Boomers? It appears so.

Take, for instance, an article published a while back in U.S. News and World Report describing a scenario where Boomers could hang on to their car keys and never have to worry about losing their driving independence due to ensuing physical limitations. It’s very possible that the physical problems and medical conditions, which long ago may have sidelined our parents and grandparents, could soon present little challenge, if any at all, in terms of personal transportation.

It’s been suggested that Baby Boomers, those born between 1946 and 1964, may be the first to enjoy the benefits of autonomous, computer-driven vehicles. Sound impossible? Maybe not. As of last September, California joined Nevada and Florida as the first three states to legalize the use of self-driving motor vehicles. It would appear that giving up one’s mobility due to age-related limitations may soon be a thing of the past. But what would it be like to be chauffeured around town by a computer in an essentially driver-less car? 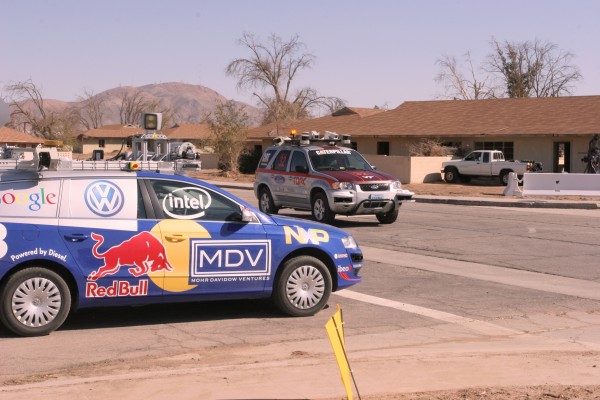 A driver-less VW waits at an intersection as a second autonomous vehicle passes during the 2007 “Urban Challenge,” the third in a series of competitions sponsored by the U.S. Government’s Defense Advanced Research Projects Agency (DARPA).

Before we address that question, consider what the term “driverless” really entails. Whether you call it computer-controlled, autonomous, automated, or self-driving, a driverless car is a motor vehicle that is outfitted so that an on-board computer — relying on information collected by video cameras, laser scanners and other sensors, plus various inputs from the driver/passenger (such as destination and intermediate stops) — can provide some or all of the driving functions normally performed by a human being.

For anyone worried about the safety of so-called “driverless vehicles,” the internet search giant, Google, has been operating a number of autonomous fleet vehicles or several years now, reportedly logging more than 300,000 miles without a reported incident since initiating road testing back in 2010.

Although autonomous motor vehicles have yet to be made available to the general public, it has also been reported that many large automobile manufacturers are running some level development in-house. The U.S. Government has been encouraging civilain and military research in this area for at least a decade, most publically through its Defense Advanced Research Projects Agency (DARPA) and its various on- and off-road autonomous vehicle competitions.

As can be the case with most new technologies and advanced prototype development, cost is prohibitive with these early self-driven cars. According to news reports, the high-tech laser scanner that acts as the computer’s “eyes” on Google’s test vehicles alone costs around $70,000. Nevertheless, the potential for production cars with autonomous capability is likely high and Boomers may find themselves one of the first groups who will benefit from this technology in the foreseeable future.

Anyone who thinks that autonomy in the automotive world is too far off to get excited about should consider the various individual achievements that many motorists have already enjoyed for years. These enhancements, not the least of which are the now-common anti-lock braking systems (ABS has been available since the 1980s) and the relatively more recent vehicle stability controls, both of which help a driver to maintain control of his or her vehicles under difficult circumstances. Many of these active vehicle systems can react faster than even a professional race driver, not to mention the average motorist. 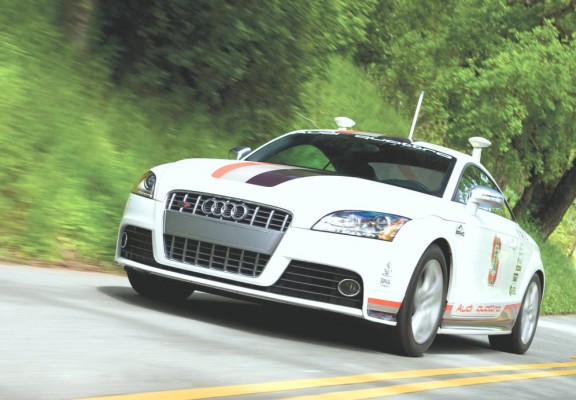 The Audi TTS autonomous race car, which traveled sans-driver up the Pikes Peak Hill Climb course in 2010, provides glimpse of into the future of autonomous production vehicles.

In addition to ABS, traction control, and stability control, other features making up the vanguard of the driver-less age include crash-mitigation systems. One such system has the ability to constantly monitor the vehicle’s surroundings and can signal the driver and/or other vehicle safety systems when the danger of a collision danger is present, thus minimizing the chances of a crash and reducing the possibility of injuries to vehicle occupants.

A lesser, yet arguably important feature is the drowsy-driver monitoring system that warns a motorist, who may be nodding off, to be more attentive to the task at hand. And, not to be forgotten, there are the various back-up monitoring systems that can detect people and obstacles located behind a vehicle; by providing a driver with a second set of electronic eyes, this type of warning system can signal the driver of an impending collision with an unseen object behind the vehicle.

Some other useful features that can assist older drivers, or those with physical limitations, include blind-spot and lane-departure warning systems; so-called “smart headlight” systems that can adjust the range and intensity of headlamp beams in accordance with nearby traffic to maintain a balance between nighttime visibility and headlight glare for any on-coming vehicles; as well as parking-assist, which contributes to a reduction in driver stress and allows motorists to park more easily in places they might otherwise not choose.

Another current technology that will likely find a place in future autonomous vehicles are the now rather common emergency response systems (such as that included with General Motors’ OnStar service), which can call for assistance from police or EMS personnel if a vehicle that has been involved in an accident. Even relatively common voice-activated vehicle systems have a place in the future of autonomous motoring.

One of the more common concerns among drivers 50 years and older involves reduced night vision capability when operating a vehicle during the evening hours. In fact, a survey by Hartford insurance company determined that nearly a quarter of all 50+ drivers worry about operating a car after dusk. This concern was followed closely by several others, all weighted about equally, including worries from distractions such as music and cellphones, (13pct), changing lanes (12pct) and merging into expressway traffic (12pct).

What all of this means is that driverless vehicles may be able to alleviate the numerous drawbacks that make driving for seniors more of a chore, and sometimes even an impossibility. With the pace of development, it’s possible according to some that Baby Boomers will be the first group to enjoy “independent” motoring well into old age, even if independence means relying on an electronic chauffer to get us to the restaurant for our 100th birthday party. In that case, our most troubling concern might actually be deciding the color in which we will order our new autonomous car.