In my earlier days as a “typical male,” although my wife might argue that I’m more atypical than most, I was not as health-conscious as I probably should have been. And, while I never took up smoking, didn’t drink alcohol, and spent my days working at relatively non-life-threatening desk jobs, I also didn’t spend much time at the doctor’s office. Now, at first blush, one might think, ‘Good for him, he was never seriously ill and didn’t injure himself sufficiently to require hospitalization.’ But that’s not the real point here. 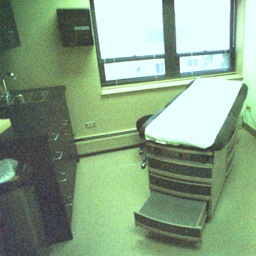 The cold antiseptic doctor’s examination room; not always a comfortable venue. Perhaps better to imagine it as a (preventive) maintenance bay for humans.

Perhaps I should rephrase. Like many young men, I NEVER visited the doctor; not, at least, until I met my future wife and she began inquiring on all manner of embarrassing topics. Even during our first few months of dating, the ever-cautious Mary Ellen asked a LOT of questions, all across the board. But what embarrassed me most was admitting that I had gone nearly two decades without ever having seen a doctor; not once. Shocking, right? Yes, but probably not atypical.

Actually, it’s not quite true that I never saw any medical professional during those years. I’ve always been big on dental health (with thanks to Drs. Noonan and Alderisio), so semi-annual dental check-ups were not part of my avoidance MO, probably because I’ve never been prone to tooth decay. But when it came to internal medicine — general practitioners, ENTs, gastroenterologists, and all of those other helpful doctoring types — never once in more than 19 years did I feel the chill of a cold stethoscope upon my skin. 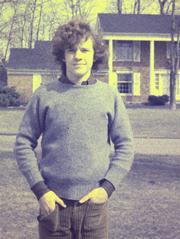 The fount of all medical wisdom… a teenage me. Bent on avoiding needles, pain of any kind, and standing naked in a cold doctor’s office.

I can only chalk up that abysmal record to something I remembered hearing as an impressionable teenager. As I recall, someone in a position of great authority (read: any adult at the time) must have said that as a young man, unless one has something seriously wrong going on with himself, you don’t really need to see a doctor all that much. Not sure from where or when that piece of advice came, but it was music to my 15-year-old ears: What, no doctor visits required?!?  You betcha, that’s the regimen for me. Just stay healthy, boy!

But then into my life walked Mary Ellen — a mother and a former wife — who wasn’t at all impressed by my medical acumen. “What!” she exclaimed from across the dinner table, “you haven’t been to the doctor in how long???” That was on our second date, in a café down the street from my house. This wasn’t exactly how I imagined things would pan out during our courtship, but then again, there were many things I imagined that never came to fruition.

Not wanting to appear totally out of touch, I held my ground while using my best diplomatic approach. “Well, it’s not like I’m diseased, or anything like that,” I whispered back in an attempt to suggest a more discrete tone for the benefit of the other diners. “Frankly, I’m pretty healthy, if I do say so my damn self.” But she wasn’t buying any of it. Sure, I was still breathing after 35 years on the planet, I certainly wasn’t overweight, and I could do 100 sit-ups before breakfast; but with a non-existent medical track record from my junior year in high school onward, there was nothing that I could say which would provide any measure of reassurance to her. 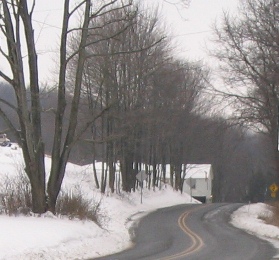 It’s a long road to retirement and maintaining one’s good health is a valuable part of the equation.

And this is one of the more common differences between young adults and the more seasoned ones; our priorities as we get older somehow shift from having a good time to making sure we simply have time. Staying healthy is a huge part of that equation. Just ask my wife.

In the back of my mind, that day at the café, all I could think was, ‘What knowledge could this woman possibly possess that my teenage self from 20 years earlier didn’t already know?’ Facts? Maybe. Prior experience raising and caring for a family? Okay, probably. It appeared that as a single, never-married, 30-something male, I had virtually no leg to stand on, even though the two I had been using seemed to have served me pretty well up to that point.

Now, after 15-plus years of marriage, I better understand what my wife was getting at that day. Seeing a doctor is not something you do only when you feel sick. It’s simply good maintenance. Like owning a car; why wait for a problem to crop up when you know you’ll be needing the thing to get to work next week?

Of course, as we get older it’s always a wise idea to have an unbiased opinion from someone who actually studied medicine, at a university. Having a professional’s advice to fall back on is a good thing. This is why, from that second date forward, I have always gone in for an annual physical, and all the attendant tests and prodding which go along with it. I highly recommended it.

All this is meant to remind folks that staying healthy is an active process, which brings me to something that we ran across the other day concerning senior citizens and their general health. That is, according to the Centers for Disease Control (CDC), there may be almost one million people walking around the U.S. with hepatitis C who don’t even know they have it. But how could this affect us?

Apparently Baby Boomers are the one group who could be largely affected by this announcement. Based on an article on WebMD.com, one out of every 30 persons born between 1945 and 1965, inclusive, has more than likely been infected with hepatitis C. What’s more shocking than this simple statement is that most of those infected probably have no inkling that they carry this serious and potentially life-threatening disease.

Like the so-called silent killer that is high blood pressure, hep C can and does go undetected for years in a person without the individual ever exhibiting outward symptoms. But untreated, the consequences of this disease can be truly serious and result in a variety of liver-related diseases, including cancer. Moreover, it’s important to understand that hepatitis C is the leading cause of liver transplants in this country. 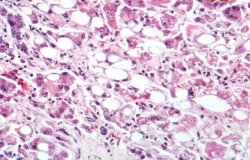 According to experts at the CDC, about 75 percent of all hep C infections and a similar percentage of hepatitis C-related deaths happen to Baby Boomers. In fact, based on medical statistics seniors are five times more likely to be infected with hepatitis C than any other group in the United States. That’s sobering news and something that every Baby Boomer should take into account when next they visit their family doctor.

This information provides more ammunition to senior citizen health advocates. In addition to prior guidelines that strongly recommend those at high risk of contracting hepatitis C be tested as soon as possible, Baby Boomers have now been added to the top of the list of individuals who are at the greatest risk. This change in the guidelines, according to the article, could ultimately result in another 800,000 people being identified as carrying hepatitis C in the U.S.

Blood-borne diseases are not only a threat to the general public, but pose significant danger to healthcare professionals through their daily activites.

This would add to the estimated 130 to 170 million people worldwide who are infected with hepatitis C. Here in the U.S., approximately two percent of the population has the disease, with many of those people having been infected via blood transfusions prior to the 1990s, when improved blood screening methods were implemented. The existence of what was originally referred to as “non-A, non-B hepatitis” was proven relatively recently, in 1989. Typically spread by blood-to-blood contact, other avenues for transmission include intravenous drug use, poorly sterilized medical equipment and even tattooing instruments and inks.

Because of the seriousness of the disease and its implications for Baby Boomers, understanding the possible causes of infection may help people determine if they are at risk. Some of the more common risk factors are:

Because the virus can survive literally for decades in a person’s body without outward symptoms, it’s all the more important for seniors to be checked out. The longevity of the virus is especially troublesome for many experts, because those individuals carrying it may simply not remember the specific event that may have caused the infection.

Everyone concerned about this should do their own research, but the bottom line is the sooner one is tested the sooner he or she can get treatment. Especially good advice for those looking to protect themselves from a potentially deadly disease, as well as helping to protect those they love. What are some of the things you can do if you test positive for hep C? The experts offer the following advice:

Combined with early diagnosis through expanded testing, appropriate care and medical treatment of those infected with hepatitis C could save more than 100,000 lives, according to the CDC. As adults, we all owe it to ourselves and our families to be as healthy and robust as we can. And why not? Someone has to help those younger folks understand the importance of good health maintenance and not simply to rely on luck and good genes. Stay well, Everyone!

CDC: All Baby Boomers Should Get Tested for Hepatitis C, WebMD.com, August 16, 2012