As Baby Boomers, many of us either have already reached that so-called magical age where Medicare begins to cover (in part, at least) the cost of one’s medical treatments heading into the future, or you are one of the many millions who are anxiously awaiting the inevitable countdown to Medicare. Whether you’re there already or years away, it’s a fair bet that you have experienced at least one hospital visit yourself or with a loved one that has opened your eyes to the staggering costs of hospital care and other serious medical treatment. 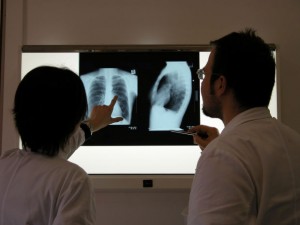 For those born before 1948, who are already taking advantage of Medicare, you have probably learned either through trial-and-error or dogged research and investigation that filling the gaps in government-provided medical insurance can be costly, not only in terms of premiums for Medicare advantage and supplemental plans, but also in terms of co-pays or direct costs that non-covered procedures can result in.

The good news, at least for those yet to enter the realm of the Medicare labyrinth is that enough people are clamoring for facts at the same time that there is more than sufficient information available; one just has to make a concerted effort to begin the search.

But getting back to our original thought — that of how to pay for premiums, co-pays and out-of-pocket expenses — this is something that is obviously keeping a lot of seniors and soon-to-be seniors awake at night. As if it wasn’t hard enough to get a good night’s sleep, what with all those midnight trips to the bathroom, persistent hot flashes, and concerns over the next generation’s ability to make their own ends meet, the cost of staying healthier longer is certainly weighing on a lot of people.

Considering the many and varied concerns that are likely floating around in people’s heads, it’s difficult to address any one issue that is tops on everyone’s list. But there are overarching topics to keep in mind as one moves headlong toward the future. Not the least of these is how to transition to Medicare from a private healthcare insurer. Fortunately for many, the time to decide what to do is buffered by an extended initial sign-up period. 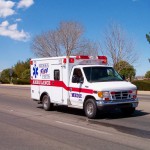 Medicare combined with an advantage or supplemental plan can help Boomers and other seniors be prepared for unexpected medical emergencies.

Experts suggest that future Medicare participants start thinking about signing up for Medicare and any Medigap or supplemental plans about six months before one’s 65th birthday. Although this may seem like a long time, it’s not advisable to put off your research in this area. As any Boomer can tell you, whether you’re retired or getting ready for it, already a grandparent or still watching the kids enjoy their single lives, time flies and six months can seem to evaporate in the blink of an eye.

Starting to plan early is always advantageous, especially considering the typical life events that can intervene at just the wrong moment. For those who need a concrete reason to plan early and make the right decisions consider that the National Council on Aging has stated that individuals on Medicare spend about triple their out-of pocket healthcare expenses versus when they were “privately” insured. In fact, when compared to non-Medicare households, Boomers were spending almost 15 percent of their income on medical costs versus less than five percent for those on private, pre-Medicare insurance.

As part of planning ahead for increased medical-related costs, budgeting for future eye and dental care is important; Medicare does not provide coverage in these areas, which can turn out to be expensive for seniors if they have to pay for everything themselves because their supplemental insurance policies don’t offer complete or only partial coverage. 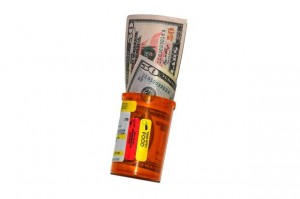 If the foregoing tells us anything, it’s that Baby Boomers getting closer to retirement should seriously consider establishing a plan to pay for their future healthcare costs once Medicare kicks in. This may explain why certain polls of individuals nationwide showed that about half of all Americans are either very concerned or extremely worried about how they are going to pay for medical costs once they reach retirement.

Taking the seriousness of the situation into account, it is advisable for future participants that they sign up for Medicare with sufficient time to prepare themselves for the transition. As mentioned previously, the government makes this fairly painless by providing first-timers with a seven-month window. For 64-year-olds, this means the three months prior to one’s birth month, the month they turn 65, then the three months following. Of course, there’s always a catch, and although people get a wide window in which to enroll, those who wait and enroll late will be subject to penalties including having benefits postponed until July 1.

If signing up for the actual Medicare coverage is of primary concern, making certain that one chooses the right supplemental insurance comes right on the heals of the first. Since Medicare doesn’t cover everything, as we’ve said, most people will want to purchase a supplemental policy (like Medigap or Medicare Advantage) to cover what the government plan does not. Many states, such as Florida, which has a large concentration of senior citizens, offer a number of different policies from which to choose. This may complicate matters a bit, but one could say that it is better to have a misery of choice when it comes to healthcare.

One thing that everyone, old or young, can do for themselves is to work on improving their health habits before reaching a more advanced age. For many people, the most cost-effective course of action is to stay healthy. Not having to spend time in a doctor’s office, or worse, a hospital emergency room in the future could be as easy as eating right now and exercising, even moderately. For older folks, many experts suggest keeping a regular eye out for that so-called silent killer, high blood pressure, while adding that monitoring the progress of previously encountered health conditions, such as skin cancer, can go a long way to preventing expensive and potentially life-threatening situations later on.